For a Benovian, labor is life, and life is fulfilling. Winemaker and co-owner Mike Sullivan grew up tending his family’s vines on Sonoma Mountain. Proprietors Mary Dewane and Joe Anderson were both raised on hard work by their fathers, Ben Dewane and Novian Anderson. Hard work brings its own rewards, they would say. Be the best at what you do. Surround yourself with good people, and let them get to work. And never, ever produce anything that wouldn’t make you proud.

Here in the Russian River Valley, we are all part of a close-knit community that finds joy in purpose. We’re at our happiest during harvest, when friends join us on the sorting line and the winery and vineyards are buzzing with activity and camaraderie.

After years of humble, hard work, we believe that we are creating something truly beautiful that draws people together. 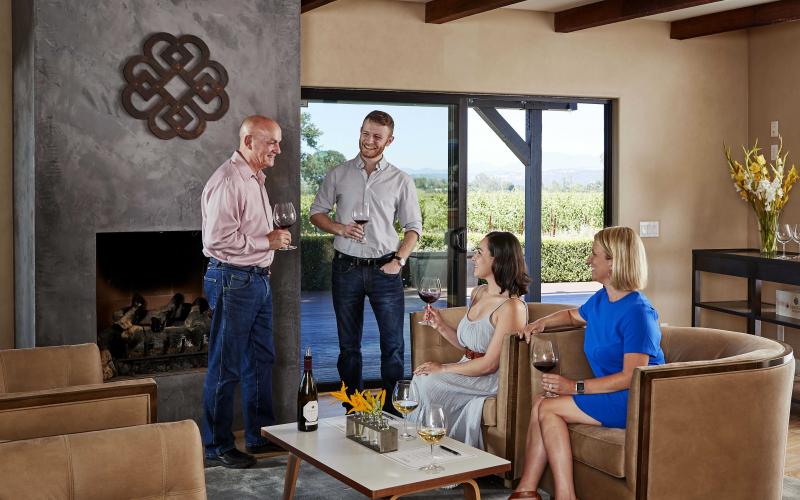 We are tucked deep in the heart of the Russian River Valley wine country, yet quickly and easily accessible from the Sonoma County airport. Our secluded Martaella Estate Vineyard is surrounded by endless vineyard views, with Mount Saint Helena just visible in the distance to the northeast. The Benovia Ranch House is old American farmhouse comfort with modern elegance. Settle in by the fireplace if it’s chilly out, or enjoy the expansive vineyard views from the deck. The tasting experiences listed below are available daily by appointment only from 10:00am to 5:00 pm (last tasting to begin by 3:30pm) with the exception of some major holidays. For same-day appointments or to book a group larger than 6 guests please call us at 707-921-1040 to check availability or email us at WineryVisits@benoviawinery.com. 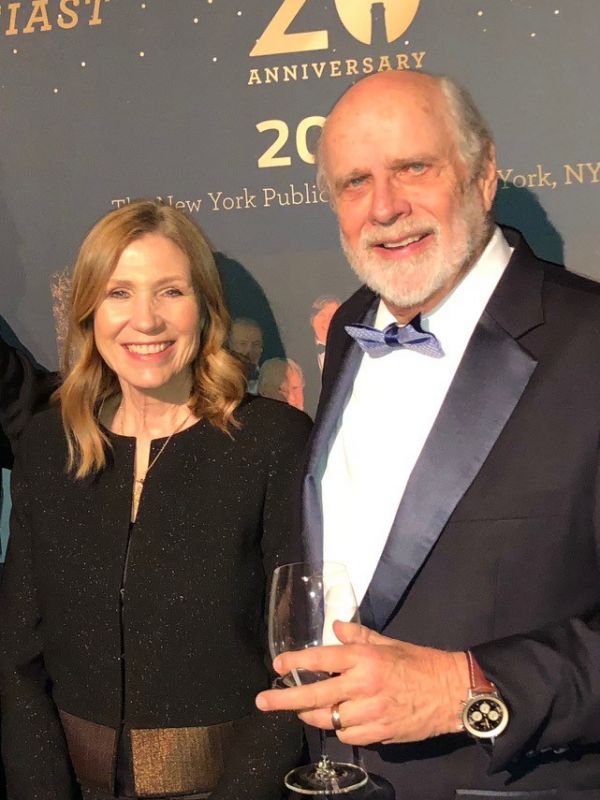 After growing up in rural Wisconsin, Mary spent two years in Paris, completing her graduate work entirely in French, traveling as much as she could afford to, and falling hard for the wines of Burgundy. Later, Mary discovered Pinot Noirs and Chardonnays in California that reminded her of those expat student days. Mary’s contagious energy rubs off on everyone at Benovia. She draws upon her diverse array of life experiences, from her childhood spent working on the family farm to her tenure as CEO of one of the largest Medicaid managed care organizations in the country. Her enthusiasm for wine, boundless curiosity, and genuine affection for others epitomize the term “Benovian.”

Joe grew up in a family that valued hard work and strong ethics and built an exceptional career of helping others in the healthcare industry. He found his second vocation in the Russian River Valley, helping out at winery sorting tables during harvest time and tasting regularly at wineries like Rochioli. Joe’s watershed wine moment occurred in 2002, when Burt Williams poured him a glass of 1993 Williams Selyem Cohn Vineyard Pinot Noir. Profoundly moved by what he had tasted, Joe later purchased the venerable Cohn Vineyard, the oldest Pinot Noir vineyard in the Russian River Valley.

Together, serving the underserved remains a priority for Joe and Mary through their community work and philanthropic efforts locally and around the country.

Mike is a fifth-generation Californian who grew up in Sonoma County and started working in Dick Arrowood’s cellar at Chateau St. Jean at the age of 18. While pursuing his enology degree at Fresno State, Mike also spent his summers farming at Four Brothers, his family’s vineyard. Soon thereafter, Mike served as assistant winemaker under the legendary Helen Turley at Landmark Vineyards, and then at Chappellet. Mike garnered numerous honors—including recognition by Robert Parker’s Wine Advocate as “Wine Personality of the Year”—as head winemaker at Hartford Family Winery before partnering with Joe and Mary to found Benovia in 2005.

As a winemaker, Mike listens. He listens to the vineyard, to what the grapes are saying, to nature unfolding each year, and to the wine during fermentation. “At Benovia I only have one job: to create wines that capture the essence of this place and this time, and for me, no wine reflects its place and time more than Pinot Noir.”

When he isn’t making wine, Mike serves on the board of Russian River Valley Winegrowers, travels to wine regions that inspire him, and indulges his personal weakness for Burgundy, grower Champagne, and Rieslings from Alsace and Germany.